Materials Research Society of Serbia - Home - Materials science and engineering cover the body of knowledge on the synthesis and processing of materials, their composition and structure, properties and behaviour, functions and potentialities, as well as the application of that knowledge to obtain various final products. Economic prosperity, life quality, and healthy environment are tightly connected with the improvements in the existing and the development of new materials and processing technologies. These improvements and development can contribute greatly to the national priorities: energy saving, environment and health protection, information and communication, infrastructure, transportation, etc.The First Conference on materials science and engineering, including physics, physical chemistry, condensed matter chemistry, and technology in general, was held in September 1995, in Herceg Novi. An initiative to establish Yugoslav Materials Research Society was born at the conference and, similar to other MR societies in the world, the programme was made and objectives determined. The Yugoslav Materials Research Society (Yu-MRS), a non-government and non-profit scientific association, was founded in 1997 to promote multidisciplinary goal-oriented research in materials science and engineering. The main task and objective of the Society are to encourage creativity in materials research and engineering to reach a harmonious coordination between achievements in this field in our country and similar activities worldwide with an aim to involve our country in global international projects. Until 2003, Conferences were held every second year and then they grew into annual conferences traditionally held in Herceg Novi, Montenegro, every year in September. Following the political separation between Serbia and Montenegro, in 2007 Yu-MRS formed two new societies: MRS-Serbia (official successor of Yu-MRS) and MRS-Montenegro (in founding).In 2008, MRS-Serbia became a member of FEMS (Federation of European Materials Societies). 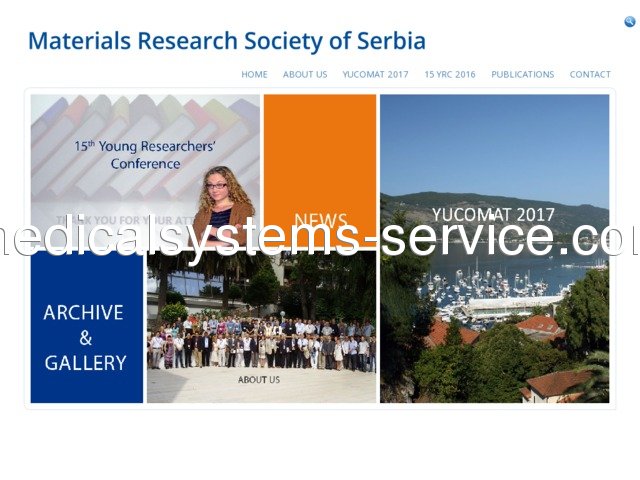