Home - Jennifer F. Kelly, Ph.D. is a Licensed Clinical Psychologist and has been the Director of the Atlanta Center for Behavioral Medicine since 1994. She addresses a variety of mental health concerns in her practice, with expertise in treating disorders that involve the relationship between physical and emotional conditions. 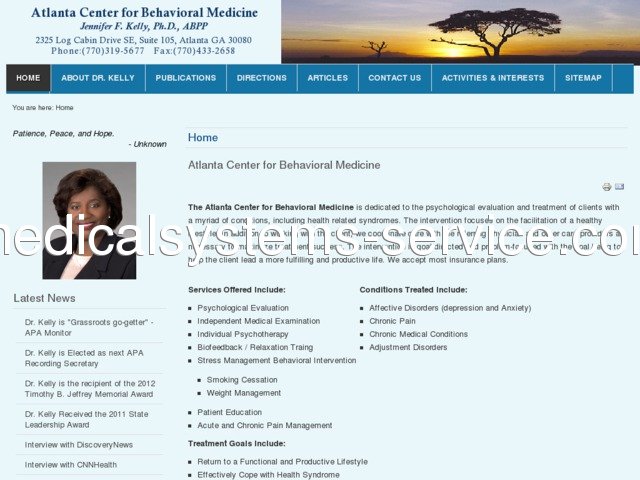