BMC Complementary and Alternative Medicine | Home page - <p>BMC Complementary and Alternative Medicine is an open access journal publishing original peer-reviewed research articles on interventions and resources that complement or replace conventional therapies, with a specific emphasis on research that explores the biological mechanisms of action, as well as their efficacy, safety, costs, patterns of use and/or implementation.</p><p><i>BMC Complementary and Alternative Medicine</i> is part of the <i>BMC</i> series which publishes subject-specific journals focused on the needs of individual research communities across all areas of biology and medicine. We do not make editorial decisions on the basis of the interest of a study or its likely impact. Studies must be scientifically valid; for research articles this includes a scientifically sound research question, the use of suitable methods and analysis, and following community-agreed standards relevant to the research field.</p><p>Specific criteria for other article types can be found in the submission guidelines.</p><p><i>BMC series - open, inclusive and trusted</i>.</p><p/> 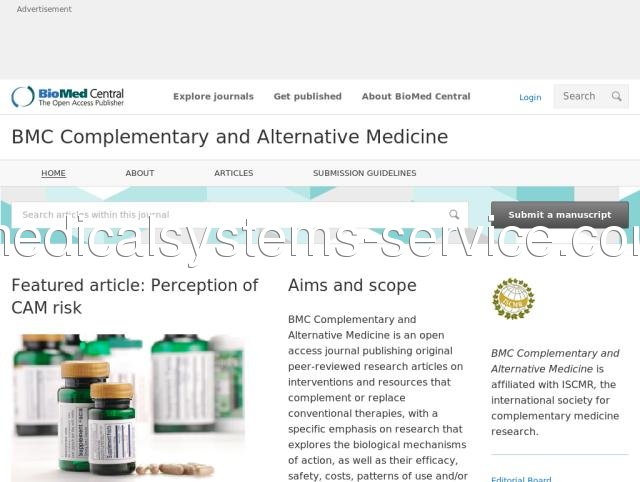